A mixed media meditation on the blue beta Blueberry (scroll down to see exciting video finale):

from one of the most cherished books on my bookshelf,  William Gass’  On Being Blue (1976) for a cherished fish of blue..

Blue pencils, blue noses, blue movies, laws, blue legs and stockings, the language of birds, bees, and flowers as sung by longshoremen, that lead-like look the skin has when affected by cold, contusion, sickness, fear; the rotten rum or gin they call blue ruin and the blue devils of its delirium; Russian cats and oysters, a withhedl or imprisoned breath, the blue they say that diamonds have, deep holes in the ocean and the blazers which English athletes earn that gentlemen may wear; afflictions of the spirit — dumps, mopes, Mondays– all that’s dismal– low down gloomy music, Nova Scotians, cyanosis, hair rinse, bluing, bleach; the rare dahlia like that blie moon shrewd things happen only once in, or the call for trumps in whist … and correspondingly the flag, Blue Peter, which is our signal for getting under way; a swift pitch, Confederate money, the shaded slppes of clouds and mountains, and so the constantly increasing absentness of Heaven… consequently, the color of everything that’s empyy: blue bottles, bank accounts, and compliments, for instance, or when the sky’s turned turtle, the blue-green bleat of ocean (both the same), and when in Hell, its neatly landscaped rows of concrete huts and gas-blue flames; social registers, examination booklets, blue bloods, balls, and bonnets, beards, coats, collars, chips, and cheese . . . the pedantic, indecent and censorious . . . watered twilight, sour sea: through a scrambling of accidents, blue has become their color, just as it’s stood for fidelity.

so shout and celebrate before the shade conceals the window … while there is time and you are able, because when blue has left the edges of its objects as if the world were bleached of it, when the side blue eye has shut down for the season, when there’s nothing left but language … watered twilight, sour sea … don’t find yourself clergy’d out of choir and chorus … sing and say … despite the belly ache and loneliness, new bumpled fat and flaking skin and drunkeness and helpless rage, despite dumps, mopes, Mondays, sheets like dirty plates, tomorrow falling toward you like a tower, lie in wait for that miraculous moment when in your mouth teeth turn into dragons and you do against the odds what Demosthenes did by the Aegean: shape pebbles into syllables and make stones sound; thus cautioned and encouraged, commanded, warned, persist … even though the mattress where you mourn’s been tipped and those corners where the nickels roll slid open like a slot to swallow them, clocks slow, and there’s been perhaps a pouring rain, or factory smoke, an aging wind and winter air, and everything is gray.

Still there will be you, in life or longing, matter or merely mindful memory, you my blue blue Blueberry! 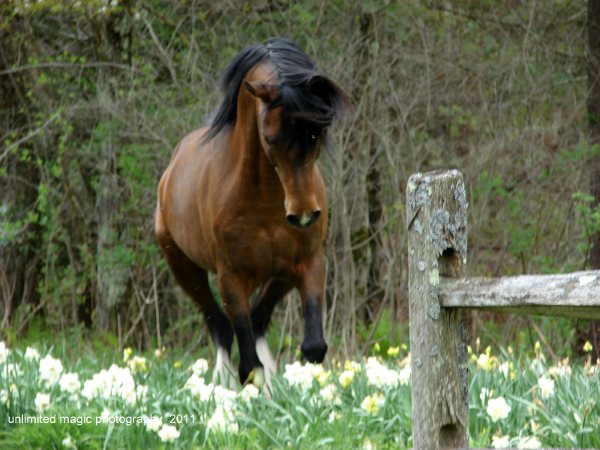